To recognize outstanding achievements and encourage high standards in the field of social and emotional learning, CASEL presents annual awards in research, practice, and public policy.

CASEL believes that great movements are built on collaboration with others to produce the richest insights, biggest impacts, and best outcomes in support of children. The awards recognize individuals whose body of work and commitment to SEL have advanced the field and paved the way for others.

The awards honor individuals who played leading roles in the early years of the organization:

2021 Social and Emotional Learning Leaders of the Year

CASEL has announced recipients of the 2021 SELLY Awards, honoring outstanding achievements of six “Social and Emotional Learning Leaders of the Year” in the categories of research, practice, and public policy.

Did you miss our virtual celebration, November 8-12? Tune into the on-demand conversations with each recipient using the links below as they share their perspectives on SEL research, practice, and policy.

The Zins Award was established in 2007 to honor the memory of collaborator Joseph E. Zins, a research pioneer in SEL and former director of the University of Cincinnati’s doctoral program. We present the awards to two investigators and researchers per year that are at distinct phases in their careers: an early-career researcher and an established scholar.

The early-career researcher is limited to researchers at the research scientist, assistant, or associate professor level. The established scholar is a senior investigator or full professor who has advanced the field in important and meaningful ways, across the span of a distinguished career.

These contributions could include applied research, theoretical contributions, or research on curriculum, policies, or practices.

The Utne O’Brien Award was established in 2011 to honor the memory and dedication to high-quality practice of Mary Utne O’Brien, former CASEL executive director and key leader in the SEL field. We present the awards to two district or school leaders per year who have provided the vision, inspiration, and practical strategies for developing the infrastructure and support for high-quality SEL at the district or school level. 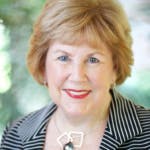 The Ann S. Nerad Award for Distinguished Contributions to Advance Policies for Social and Emotional Learning was established in 2021 and will be presented this year for the first time to two recipients that are leading SEL public policy.

Hear from Past Recipients